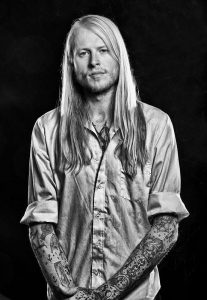 Kelly Ravin plays gritty rock and roll. Equally at home in backcountry bars & big city clubs, his skills as an instrumentalist are outshadowed only by his gifts as a songwriter. Raised in rural Maine and residing in Vermont, Ravin rose to prominence as a driving force behind Waylon Speed, an “underground outlaw dirt rock” band the Washington Post called “a cross between Metallica and the Lumineers, with an unnecessary dash of Prince showmanship.” Glide Magazine and Seven Days provided probably-better touchstones, comparing the band to My Morning Jacket, Waylon Jennings, and Motörhead.