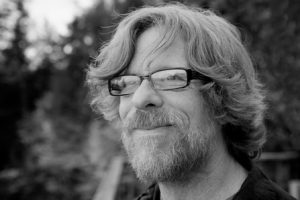 This is what they are saying about Michael Chorney

The orchestrations are simultaneously rich and spare, deftly echoing the sounds of traditional folk music while also having an indie-pop flair.  -New York Times

His works, either solo or with a larger ensemble, sparkle with exuberant sophistication in various genres – jazz, acoustic, or alternative. Evocative and sublime. -The Noise, Boston

Mitchell plays Eurydice, with Justin “Bon Iver” Vernon playing Orpheus, Ben Knox Miller of the Low Anthem as Hermes, and Greg Brown and Ani DiFranco as Hades and Persephone. But the star of the show is Michael Chorney, who has scored Mitchell’s songs to wondrous effect: the New Orleans jazz of Way Down Hadestown, the grumbling lament of Why We Build the Wall, the sweet and tumbling melody of Wedding Song. – The Guardian, London

a feast of styles from rocky blues to folk opera, played by a terrific seven-piece band. -Variety

​An accomplished player, composer and producer, Chorney’s curriculum vitae has legs. He moonlights in folk opera and chairs music for Dance at Middlebury College. Some say he invented melody. -Seven Days, Vermont