Mad River Glen hosts several public and group races each year. Our primary race trail is located off of Lift 4 on the “Practice Slope”. With its easy access and primetime exposure to the Base Area, there isn’t a more spectator-friendly venue. Our public event is open to anyone who wants to participate and challenge themselves or race against their nemesis. We have age-appropriate ski racing gates, custom bibs and take care of the timing to provide you with a fun turn-key event. Let us know if we host an event for you! Contact us at: race@madriverglen.com or 802-496-3551 x126

Just like the traditional MRG Triple Crown, the Racing Triple Crown combines three events to crown an overall winner. In order to win, racers must compete in all three events. Scoring is based on individual results using the Triple Crown Scoring (not the event scoring). Triple Crown Scoring separates competitors by gender and age (15 and under and 16 and older). We use “Old World Cup” (1992) points to weigh the results. The scoring matrix is below:

The Family Tournament originated as the Father-Son race and dates back to 1942 when it was originally held on the flanks of Mount Mansfield (Stowe). In its modern form, it is a race open to anyone who wants to participate. Racers complete a family-friendly GS course where a racer’s best time from two runs (attempts) is counted. The time is then added together with other family members (by blood relationship) in the following categories and prizes awarded. In some cases, there are coveted trophies that live permanently at MRG for all to admire.

An annual test of fearlessness and speed, the Rockefeller Challenge is a downhill to uphill ski race. Like the sport of ski jumping where the skier who goes the farthest wins. Starting on the Practice Slope, Competitors try to carry their speed down a designated race lane and up the Rockefeller trail. The person to makes it the furthest is victorious and crowned a racing titan. 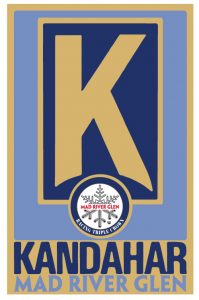 A race of a bygone era, the Kandahar channels the spirit of full mountain races that were once commonplace on the racing circuit and at MRG. The last version held in the 1980s began on Creamery, descended onto Moody’s, before taking on (Grand) Canyon. At the bottom of Canyon, racers went straight across Easy Way, over the cliff on One Way, and over S-Turn Cliff onto Lower Periwinkle and finished by the base of the Double. Whew! Our modern version is a bit more modest but will still reward those who can ski gates as well as terrain on the trail. The trail combination and exact set to get from the start to the finish are dependent on snow depth and conditions. Please see the race flyer (when available) for additional course details. 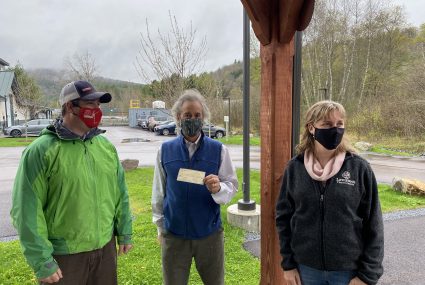 On Wednesday, May 5th, Lawson’s Finest Liquids and Mad River Glen presented the Stark Mountain Foundation with donation checks from sales of Still Single IPA. The checks, totaling over $7,000 represented proceeds from the sale of Still Single IPA at General Stark’s Pub and Lawson’s Finest Liquids flagship brewery in Waitsfield. For each 4-pack sold…. 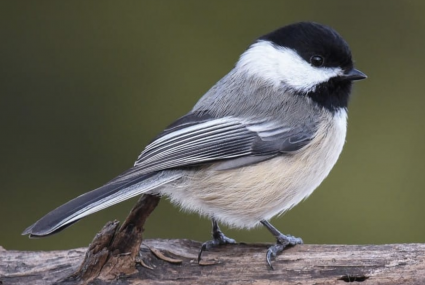 The black-capped chickadee is one of our most popular winter residents, especially welcomed at bird feeders. They are a non-migratory songbird found year-round in our local forests and throughout North America. Besides being down-right adorable, chickadees have evolved remarkable adaptations to withstand freezing cold weather. Their active daytime behavior consists mostly of frantically collecting and…. 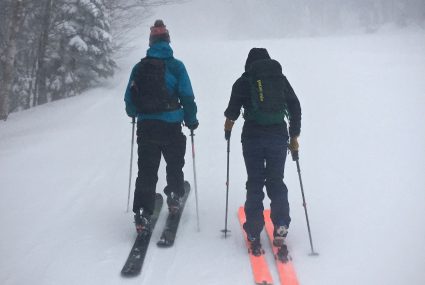 Uphill Skiing Route During Hours of Lift Operations as of March 2021:  Uphill travel is permitted for MAD RIVER GLEN COOPERATIVE SHAREHOLDERS and MAD RIVER GLEN PASSHOLDERS on a designated uphill route only unless otherwise indicated on the Snow Report. Uphill travel during operational hours is restricted to skins and skis only and you must….