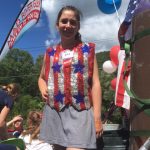 The only thing more fun than attending the Warren 4th of July Parade is being in it! We’d love to have you and your family join in on the fun. Help out with the float design and/or ride along in the parade itself.

The Annual Warren 4th of July Parade will be held on Wednesday, July 4th. This year’s parade is extra special as it celebrates the  70th anniversary of this Vermont institution  as well as Mad River Glen’s upcoming 70th anniversary season which also happens to be Sugarbush’s 60th. To mark these milestones the theme of the parade this year is: Happy Birthday to U.S.! 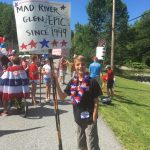 On Saturday June 30 we’ll be hosting a float building party beginning at 5 pm in the Basebox. We’ll be decorating signs and banners, formalizing the float itself and doing general organization. The Pub will be ope to help us get our creative juices flowing. 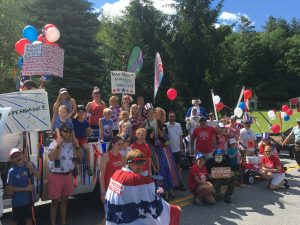 On Wednesday July 4th float participants are requested to meet in downtown Warren at 9 AM which is about an hour prior to the commencement of the festivities. Here we’ll be putting the finishing touches on the float, handing out special T-shirts and getting prepped for the big event.If you’d like to participate please let us know by emailing eric@madriverlgen.com