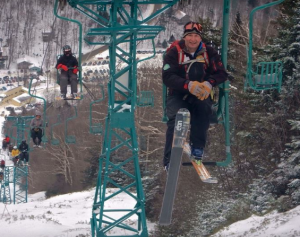 Jon Cohen has been named Mad River Glen’s next Ski Patrol Director. Jon had previously served under predecessor John Ayers for twenty-two seasons and comes to head the Mad River Glen Patrol with a vast skillset and intimate knowledge of the mountain. Jon first broke in with the Mad River Patrol when he was living on Schuss Pass but patrolling over at Sugarbush, then Director Steve Pardy invited Jon to join his staff and the rest is, as they say, history. Jon says, “People and community keep him coming back year after year.”

Jon currently lives in Moretown with his partner Bethany and their two kids Grayson and Amelia.