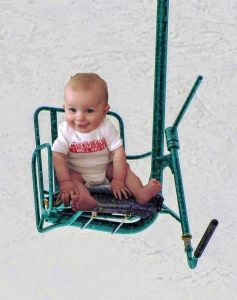 Mad River Glen has been offering young skiers FREE SEASON PASSES for nearly 20 years now. At the time it was an unheard of concept that many in the industry scoffed at. To say that it has been successful would be a gross understatement and little about the scheme has changed since its inception.

The program is simple: All children ages 12 and under are entitled to a free season pass if a parent purchases any adult Season Pass or a Family Mad Card. If the kids folks don’t plan to ski enough to buy a season pass the Family Mad Card is just the trick. For a mere $219 you get 3 transferable days of skiing valid any day throughout the season plus the free, unrestricted passes for as many 12 and under kids that they have. Even if a family plans to ski only one weekend  during the season it  worthwhile to buy a Family Mad Card. Children of Co-op Shareholders also qualify for the free passes. The purchases need to be made and the children must be registered by the October 15 deadline. Get your passes now! 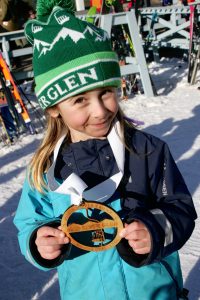 The Free Kids Pass Program was instituted prior to the 2000 ski season.  The mountain had been owned and managed by the skier-owned cooperative for only 3 years at the time.  When the Co-op purchased Mad River Glen it had a relatively small, yet incredibly loyal customer base.  They tended to be the more “hard core” skiers who appreciated the mountain’s difficult ski terrain, low skier density, and non-commercial atmosphere. Children’s programs were non-existent and kids were a relatively rare sight around the mountain. However, many of MRG’s skiers had strong family connections to the area and had been introduced to skiing and Mad River Glen by their parents and grandparents. The fledgling Co-op knew that to ensure long-term viability for the area it would have to grow this core of customers with new generations of families who had an affinity for skiing generally and the Mad River Glen experience in particular. The Free Kids Pass Program has been the centerpiece of this effort.

Since that time new families have been attracted to the area and the kids programs have grown exponentially. The program has been so successful in fact, the National Ski Areas Association honored Mad River Glen with a coveted marketing award  as the industry’s best marketing program designed to convert new skiers into life-long participants in the sport. 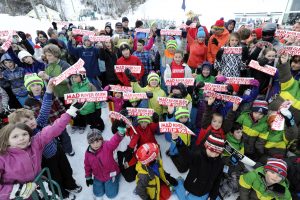 The Free Kids Pass Program continues to work, introducing Mad River’s unique ski experience to a whole new generation of families.  Many of them are turning Mad River Glen into their own family tradition and also becoming our newest Co-op Shareholders. These shared traditions are helping to ensure a bright future for Mad River Glen and our loyal aficionados.

If your kids have received free passes in the past then you know what a great deal it is. We ask that you help “pay it forward” by telling all your friends about this amazing opportunity to impact their children’s lives with access to the special experience that is Mad River Glen.