There is a palpable sense of positivity around the valley of late and it’s really great to see.  One of the biggest reasons folks are so positive 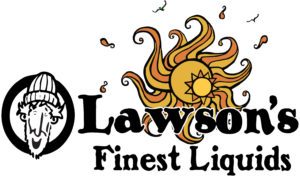 is the impending launch of Lawson’s Finest’s new brewery in downtown Waitsfield (See how the project is progressing).  Set to open this fall, the project is providing a slew of construction jobs along with a healthy number of good paying, permanent, professional positions. All good things for our community. Surely some of these new employees will be joining the MRG family too as so many long-time Lawson’s friends and supporters are also avid MRG skiers.

This undertaking has special meaning for us here at MRG as founder and brewer, Sean Lawson, is woven so tightly into the fabric of our community. Long before becoming the toast of the craft brew world he was a ski patrolman and then went on to found our award-winning Naturalist Programs. Sean has been the Naturalist Program Director for over 20 years. He and his wife Karen live here in the valley with their two daughters. 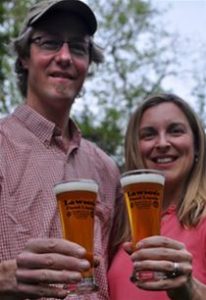 Mad River Glen was in fact the very first place to sell Lawson’s Finest in 2008 when they tapped a keg of Sugarhouse IPA which was also their first beer.  We have worked closely together ever since. Many a specialty edition has been launched in General Stark’s Pub, and they are always a highlight at SIPtemberfest, the legendary beer festival held at MRG each fall. Lawson’s is the primary beer sponsor for General Stark’s Pub generously supporting our live music series, the Triple Crown Competition as well as the Naturalist Programs.

We’d like to once again thank Sean and Karen for opting to invest in the Mad River Valley.  They could have built his new brewery anywhere but they decided to build their future right here in the Mad River Valley and for that we should all be eminently grateful.  The MRG community wishes Sean, Karen and the rest of the Lawson’s team much success in this exciting new chapter.