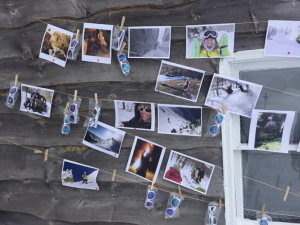 On Saturday, March 6th, friends and family gathered at Mad River Glen to remember their friend and brother Ian Forgays. A makeshift memorial was set up for Ian at the Kent Thomas Nature Center with prayer flags, an “epic memory journal” and a photo mural. Event organizers also handed out custom-made white sunglasses -a trademark look for Forgays- with some of his most oft sayings, “Atta Boy, Epic” printed on the side. The day culminated with a group ski down from the top of Stark Mountain after the lifts closed.
Saturday would have been Ian’s 55th birthday and marked just over one month since his passing in an avalanche near Mount Washington. 2021 has been one of the deadliest avalanche seasons in recent years in the United States, killing 33 skiers and riders. Ian Forgays, a Vermont native, was an accomplished mountaineer with many, if not all of New England’s highest peaks under his belt. Ian called Lincoln, VT his home and worked at the summit of Stark Mountain for ten seasons between 2008 and 2018. ⁠
⁠
From his post at the top of the Single, Ian was best known for his meticulous manicuring of the unloading ramp, lift attendant’s shack display, and squirreling away snow to use for the unloading ramp in late spring. When he wasn’t perched at the summit of Stark Mountain, Ian could be found in front of Brian Mohr’s lens in the Adirondacks, the Whites, the Greens, and anywhere deep snow and adventure awaited him. Many of those images ending up on the glossy pages of Powder, Backcountry, and VT Ski & Ride Magazine. Last month we lost Ian to the Ammonoosuc Ravine avalanche on Monroe in the Presidential Range, New Hampshire. ⁠
⁠ 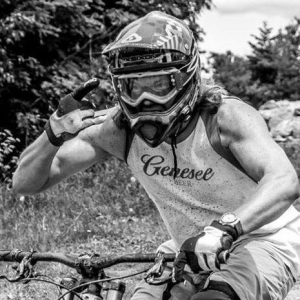 Ian Forgays lived his life full throttle. He was a passionate outdoorsman, a goofball to many, a brother, a son, and an “unky.”⁠
⁠
Ian Forgays was and will always be a legend. Rest in peace, and may his memory inspire us all.